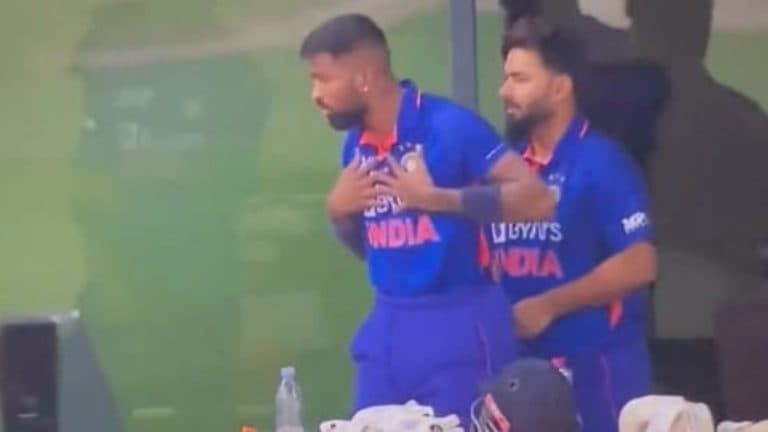 This incident happened between Hardik Pandya and Rishabh Pant, confusion happened in the dugout of Team India

Rishabh Pant and Hardik Pandya confusion: The Indian team is on the verge of being knocked out of the Asia Cup after Pakistan lost to Sri Lanka in the Super 4 phase. Sri Lanka almost confirmed their place in the final after beating India by six wickets in Dubai on Tuesday. Rohit Sharma made 72 off 41 balls, but the rest of India’s batting in the lineup. Struggled against the Sri Lankan bowlers on the other hand, the team management made some changes. In the batting order, which everyone was surprised to see.

Pant was told that Pandya would go first

Both the batsmen scored 17-17 runs in 13-13 balls, but the question remains whether Rishabh Pant is being considered a finisher or a middle-order batsman who can score runs faster with the left hand. Pant was included in the playing XI because Ravindra Jadeja was injured. In such a situation, Pant was being seen as a batsman at No. 4 and No. 5, but he had to come to No. 6 to bat against Sri Lanka.

Pandya has the potential, which Pant probably does not have

If Pant had to be sent at No. 6, then what was the need for a left-handed batsman there. If Dinesh Karthik had been performing well at number 6. Then he should have been given a chance, but the team management is in a different mindset these days. Hardik Pandya has the potential, which Rishabh Pant probably does not have, but still the management promoted him and Pant was sent to No.6.

Also Read:-Arshdeep Singh got angry on being called ‘Traitor’ by fan, Sports journalist fiercely took class of the fan