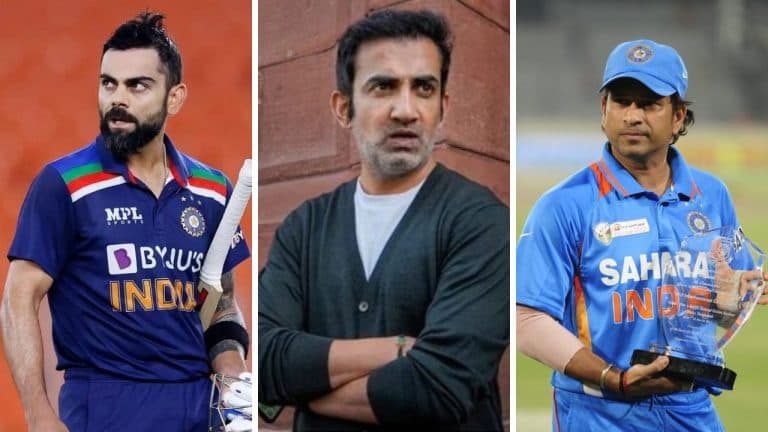 Virat Kohli has started the year with a bang. In the first ODI against Sri Lanka, he played an explosive inning of 113 off 87 balls. Through this innings, he has equaled Sachin Tendulkar in terms of scoring a century on Indian soil.

“To be honest, it’s not about the record. Virat Kohli would have scored more hundreds in ODIs than Sachin, but the rules have changed”

Virat’s innings has been praised by many former cricketers from Sachin Tendulkar. Not only this, the fans have now started comparing him with Sachin Tendulkar and they hope that he will surpass Sachin in the coming times. Talking about centuries in ODIs, he is now 4 centuries away from Sachin’s 49 centuries.

But former India batsman and two-time world champion Gautam Gambhir does not agree with this. He said that cricketers of two different times cannot be compared.

“You should not compare players of two different eras, it is not right. Earlier there would be only 1 new ball, but now there are two new balls and also 5 fielders are within 30 yards. But yes he is a master player of this format and he has done it for a long time.”