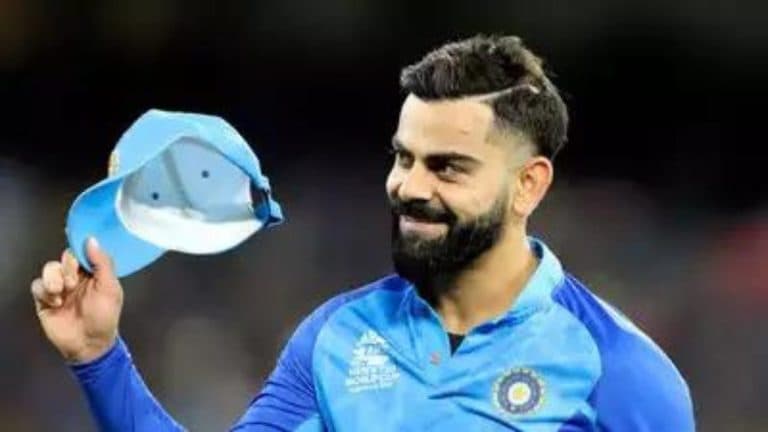 Virat Kohli got this ICC Award for the first time

Virat Kohli: There was a time when Virat Kohli’s dominance was seen in international cricket, but in the last few years King Kohli’s bat was not getting runs, but from October 2022, Virat Kohli’s fortunes have started changing.

This is the reason why Virat Kohli has received an award from the ICC after a long time. Virat has been named the ICC Player of the Month for October 2022.

Virat Kohli adjudged the best cricketer of the month :-

On Monday, 7 November, the International Cricket Council (ICC) announced the Men’s and Women’s Player of the Month. Virat Kohli in the men’s category and Nida Dar of Pakistan have been adjudged the best cricketer of the month in the women’s category.

Virat Kohli’s bat got a lot of runs in the month of October. Last month, Virat scored 2 half-centuries in four matches, in which the innings played against Pakistan was special.

Also Read:- Video surfaced from the dressing room of Pakistan, Babar Azam is seen saying this

Virat has won these awards so far :-

These players were selected for the ICC Player of the Month :-

Virat Kohli has been named the ICC Men’s Player of the Month for October 2022 for his impressive performance in the shortest format of the game. Sikandar Raza of Zimbabwe and David Miller of South Africa were also nominated for this award.

The 34-year-old played 4 matches in October, including the crucial one against Pakistan in the T20 World Cup 2022, in which he scored a magical 82 not out.