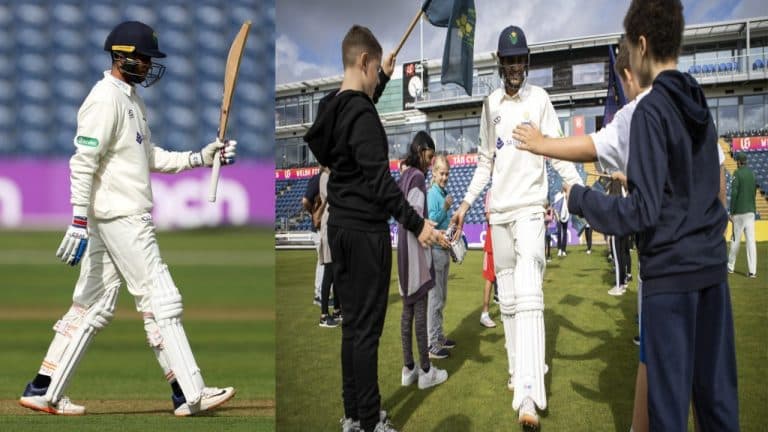 WAR vs GLE: Shubman Gill misses out on his century while playing for Glamorgan in county cricket

WAR vs GLE: Young Indian batsman Shubman Gill is currently showing his talent in county cricket. Gill, who won two consecutive Man of the Series awards against West Indies and Zimbabwe, made his county debut playing for Glamorgan against Worcestershire.

Shubman Gill went by 8 runs in his debut match by scoring a century :-

Gill started with a bang in his very first match, but he missed out on converting his scintillating innings into a century. Gill played a brilliant innings of 92 runs against Worcestershire with the help of 8 fours and 1 six. Despite this inning from Gill, Glamorgan are in a difficult position.

WAR vs GLE: Worcestershire declared their innings at 454/9 by batting first :-

Worcestershire won the toss and batted first and declared their innings at 454/9 on the back of a century from Gareth Roderick (172). Gareth Roderick faced 348 balls and played this unbeaten innings with the help of 22 fours. Apart from Roderick, Pollock (54), Bernard (75) and Joe Leach (87) scored half-centuries.

Glamorgan’s team is seen in trouble in front of this score of Worcestershire. By the end of the third day’s play, Glamorgan scored 241 runs for the loss of 8 wickets. They are still 213 runs behind Worcestershire. Apart from Shubman Gill, Edward Byrom scored a half-century of 67 runs for Glamorgan.

Shubman Gill, who came out to bat at number three, was looking in good rhythm from the beginning. He completed his half-century with the help of 6 fours in 87 balls. Gill played an excellent pull shot along with several beautiful cover drives during his scintillating innings. During his innings of 92 runs, he faced a total of 148 balls.