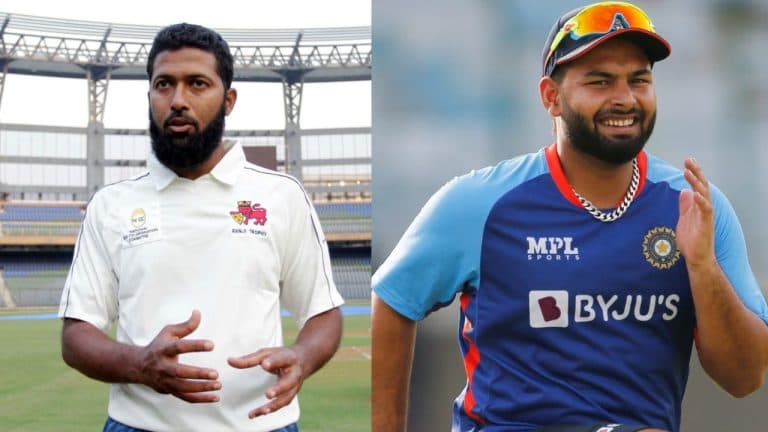 Wasim Jaffer, Rohit Sharma: The Indian team was selected for the ICC T20 World Cup on Monday. There has been a lot of discussion on how India should bat while setting the target in the upcoming tournament and many former players are giving their views on India’s batting order. Former opener Wasim Jaffer has also joined this discussion.

Jaffer tweeted and said that captain Rohit Sharma should open with Rishabh Pant. Jaffer cited the example of former captain MS Dhoni, who changed the course of his career by getting Rohit to open in 2013.

Jaffer wrote on Twitter, “I still think we can see the best of Pant in T20. Provided Rohit is okay to bat at No. MS played a bet on Rohit before the Champions Trophy in 2013 and the rest of the history is in front of you all. This is the right time for Rohit Sharma to take a call on Pant. For me, KL, Pant, Virat Kohli, Rohit and Suryakumar Yadav will be in the top-5.

Also Read:- Asia Cup 2022: This girl went viral on social media after Pakistan’s loss in the finals, fans said this

The opening slot could be very suitable for Pant’s hitting shot:-

Wasim Jaffer said, Notably, Rishabh Pant is struggling in the middle order and his shot selection is also being questioned. But his hitting shot is perfectly suited for T20 matches and the opening slot could be very suitable for him.

Before the T20 World Cup, India have to host South Africa and Australia in two home series and the team management can use a few things there.