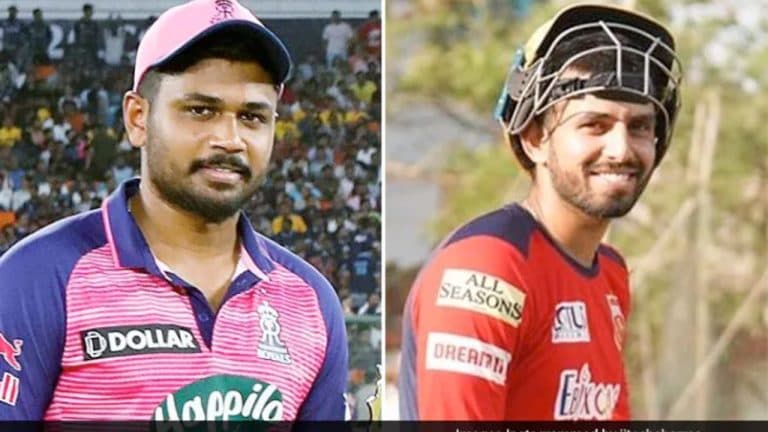 Who is Jitesh Sharma? Know why he was included in the Indian team instead of Sanju Samson?

New Delhi: The BCCI has included Jitesh Sharma in the Indian team after Sanju Samson was ruled out of the T20I series against Sri Lanka due to a knee injury. It was a shocking call by the BCCI as no one had expected Jitesh to be a part of the team. But as an alternative to Sanju, the wicketkeeper-batsman of Punjab Kings has joined the Indian dressing room.

After spending a lot of time on the bench or being sidelined in 2022, Sanju Samson had hoped that 2023 would prove to be better for him. However, this did not happen and he got injured in T20 before the year itself. Sanju, who was part of the team in the first T20 match played against Sri Lanka in Mumbai, could not do much with the bat and injured his knee while fielding.

Also Read: Gambhir said – “the biggest mistake that Indian cricket has made” as he slams workload management

Apart from this, Sanju also dropped a catch in the match. After which the fans also raised questions about his fielding. Now that he is out of the remaining matches of the series due to injury. But as his replacement, no one had any idea that a player named Jitesh Sharma would come in the team. Let us now know who is Jitesh Sharma?

Who is Jitesh Sharma?

Jitesh Sharma came into the limelight while playing for the IPL team Punjab Kings. But he has also been a part of the Mumbai Indians team in 2017. Where he did not get to play a single match. In the last edition, he scored 26 runs in 17 balls against Chennai Super Kings for Punjab Kings. Let us tell you that the wicketkeeper-batsman has so far played 12 matches for PBKS, in which he has scored 234 runs. At the same time, 44 runs in 34 balls against Delhi is his highest score.