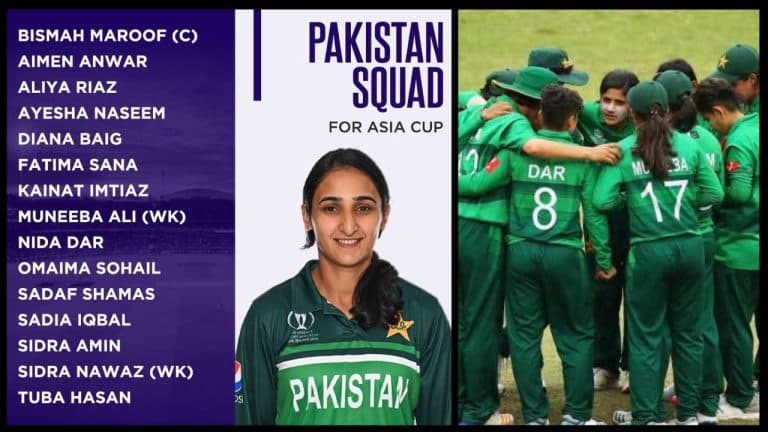 Pakistan women’s team selector Asmawia Iqbal said, “Sadaf Shamas has performed exceptionally well in the recent warm-up matches and we feel it is the right time to bring him into the national team.”

Also read:- ICC Men’s T20 WC 2022: The Schedule Of Fixtures For All 16 Teams To be Held in Australia Announced

“I am sure she will be a good addition to the national team. Her ability to bat in the middle order and bowl medium pace makes her a good fit in the team and provides balance to the playing XI whenever she gets it. promises to do. Moka.”

Pakistan’s T20Is make a comeback in the mix:-

Iqbal said, “Sidra Amin has been in good form lately. She has done well in the warm-up matches and recently became the second woman batsman from Pakistan to score two ODI hundreds. Her presence at the top of the order will bring stability.

These tracks require a specialist wicketkeeper:-

“We have also selected an additional keeper at Sidra Nawaz due to the length of the tournament. We need a specialist wicketkeeper on these tracks in case Muneeba Ali is not available.”

Apart from Anam Amin, Gul Firoza, and Iram Javed, Pakistan has gone with a similar team playing in the tri-series in Ireland and Birmingham Commonwealth Games in July-August, having missed out on upcoming assignments.

The Pakistan selector explained why the three players were dropped: “I had a detailed conversation with the players who have been dropped.

The Decision to Exclude their Recent form:-

The decision to drop him was taken considering his recent form and the conditions facing our team.

“They understand the areas they need to work on and I am sure they will continue to work hard and make a strong comeback.”