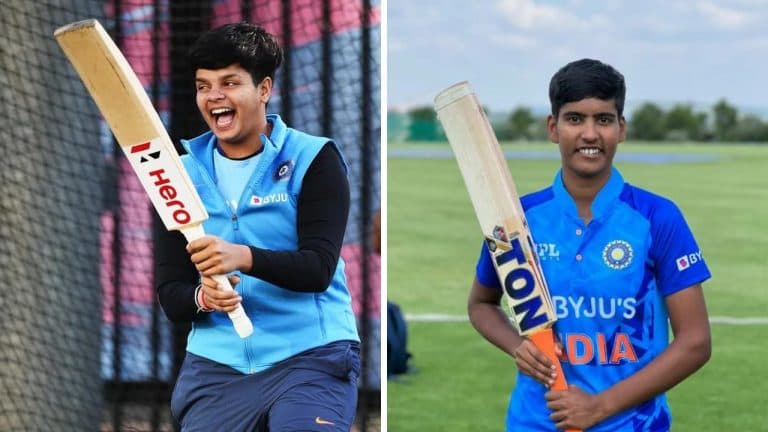 Women’s U-19 cricket: Team India reaches Super-6 thanks to Shafali and Shweta, beats UAE by 122 runs

A strong half-century innings by Shafali and Shweta –

Let us tell you that while batting first in this match, India scored 219 runs for 3 wickets due to the strong half-century innings of captain Shafali Verma and Shweta Sehrawat. In response, the UAE team chasing the target got piled on 95 runs at the loss of 5 wickets.

Actually, the Indian women’s team gave a target of 220 runs to the UAE women’s team. In response to this, the start of the UAE team, which came out to bat, looked bad. Both the openers lost their wickets cheaply.

Also Read:-Sarfaraz said – “I was feeling lonely, I cried too” as he broke his silence on not getting a place in the team

Captain Tirtha Satish scored 16 runs in 5 balls, in which 4 fours were seen. During this, her strike rate was 320, but she was caught by S Tiwari off Shabnam and D’s ball.

With this win, the Indian team reached the Super-6 –