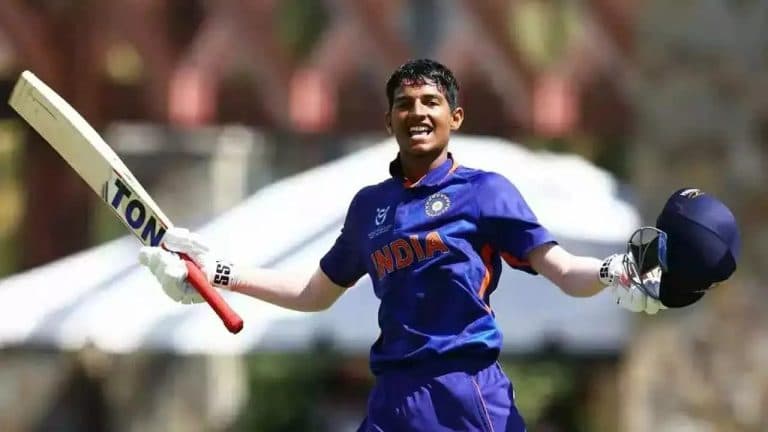 New Delhi: Yash Dhul continues to do well in domestic cricket. Indian Under-19 World Cup winning captain Yash Dhul scored 193 runs in the Duleep Trophy. Yash Dhul, who made his Ranji debut this year after making India the Under-19 champions, scored a century in every innings in his first match. The right-handed batsman scored a double century in his third match against Chhattisgarh and ended the season with 479 runs in three matches.

Also Read: Sachin Tendulkar is All Set To Return To The Field Once Again To Entertain Indian Cricket Fans

This stellar performance led to the selection of Yash Dhul for the Duleep Trophy and scored another century in his short career. Opening the innings against East Zone, Yash Dhul played a scintillating innings of 193 runs. He was on his way to his second consecutive double century, but missed. In response to East Zone’s 397 runs, North Zone made a brilliant counterattack and at the time of writing the news, they had scored 321 runs for the loss of 2 wickets.

If Yash continues his stellar performance in the Duleep Trophy, he may get a chance to play in the Irani Cup. Then Dhul will have a golden opportunity to join the very special club of the great Sachin Tendulkar. At this time, he will definitely be happy to score a century in Ranji and Duleep Trophy. Looking at the dominance of North Zone in the match, it seems that they will make it to the semi-finals. Talking about the second quarter-finals, the West Zone is almost certain to reach the semi-finals.