In the IPL nets, Virat Kohli is literally using every trick in the bag to prepare for the World Test Championship final against New Zealand but is not getting much help from his current teammate and Black Caps pacer Kyle Jamieson.

Virat Kohli and Kyle Jamieson are currently teammates in the continuing IPL 2021. Both are playing for the Royal Challengers Bangalore (RCB) and have only one goal which is to help the franchise win their maiden IPL title. Soon after IPL ends they will be rivals once again when India and New Zealand lock horns in the ICC world Test championship final.

Read more: IPL Players will have to conduct a corona test every other day

Jamieson has adjusted to the slower Chepauk tracks with figures of 1/30 and 1/27 in two IPL games.

“Pretty cagey from Virat actually, right in the first week we were here. The three of us were sitting down after the nets and these two were talking about Test cricket.

“Virat said: ‘So Jamie (Kyle Jamieson) have you bowled much with the Dukes ball?’ and they are talking about that stuff.

“Jamie says: ‘Yeah, I have a couple of them here, I will have a bowl leading in before I go over there’ and Virat says ‘Oh, if you want to have a bowl against me in the nets, I am more than happy to face’.

Jamieson had troubled the Indian batsmen, including Kohli, when they toured New Zealand early last year and it was the main reason why the lanky pacer attracted a huge bid at the IPL auction.

RCB, who are aiming to win their maiden IPL title, have started well this season. 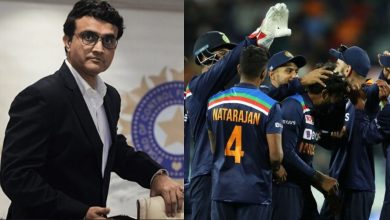 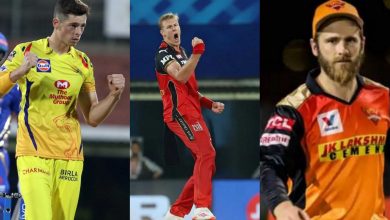