The Rajasthan Royals are a franchise cricket team based in Jaipur, Rajasthan, that plays in the Indian Premier League (IPL). The team was banned for two years following the Lodha committee in 2015. RR’s captain Sanju Samson and coach Paddy Upton.

Rajasthan Royals opened their points account in the Indian Premier League 2021 when they defeated Delhi Capitals by 3 wickets on Thursday. Chris Morris was the hero of the night for RR against DC as he bowled beautifully and then provided the fireworks with his bat at the end to win the match for his side. But still, some problems persist for RR as they need to sort out their batting department. It is likely that they will make some changes to their side. Some players who can best result for Rajashtan Royals and make a win.

The most expensive player of IPL made sure that RR don’t regret spending the money on him as he impressed with both bat and bowl against DC.

It’s hard to look at Chris Morris go about his business on the field, and not wonder how he hasn’t played more for South Africa than he has. A naturally gifted athlete, Morris is capable of turning a game of cricket around with both bat and ball. With the ability to crank up the speed gun while generating good bounce, and also some well documented hitting prowess, he makes for a genuine all-round option which most teams would open their doors for,.especially in the limited-overs formats.

Samson is a caption and wicketkeeper of Rajasthan Royals. Sanju, who hit a magnificent 119 in a losing cause against Punjab Kings in RR’s first match, is leading the team for the first time in the IPL. Sanju scored 342 runs in IPL 2019 and then followed it up with 375 runs in the IPL 2020.

Jos Buttler is likely to hold onto the openers slot for the season. He has the ability to explode and take the match away from the opposition and RR would hope he does the same on Monday.

A hard-hitting batsman and a wicket-keeper, Jos Buttler, is seen as a player who has everything to succeed in the shorter formats of the game. Buttler is their X-factor as he can make the improbable, possible. Since the previous World Cup, Buttler averages 50.02 in the 50-over format and has a strike rate of 124.84 – which comprises seven centuries and 11 half-tons. 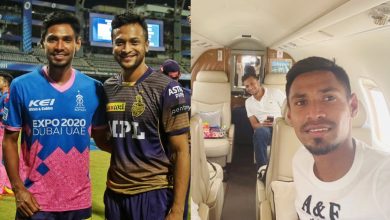 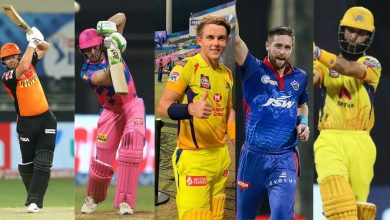