CSK vs DC match in IPL 2021 is not only between two teams but also between two players. If this match is between Chennai Super Kings and Delhi Capitals, then also MS Dhoni and Rishabh Pant. This is the second match of IPL 2021, Obviously, both the teams will want to start with a win. In such a situation, it is important to get on the field with the right team combination.

The efforts of Delhi and Chennai are also the same, that with their better playing XI, they will land at the Wankhede ground today. However, before that, both teams have a problem. If the problem of Delhi is on the bowling front, then the problem of Chennai is related to the opening. This problem has arisen in front of these teams due to the absence of 4 big-name players from today’s match. Yes, what will be the playing XI is not clear yet. But, it is definitely clear that 4 big players are not playing today’s match.

These 4 players will not play today’s match

Among the 4 big names who will not be able to play today, 3 are from Delhi Capitals and 1 from Chennai Super Kings. Of these, 3 players are South African, while one is Indian. Actually, Anrich Nortje and Kagiso Rabada present in the Delhi camp reached India on 6 April itself. So they are quarantine right now. At the same time, Axar Patel has to be corona infected. Of course, his two test reports have come negative, but he is not fully recovered yet. Exactly the same is the case of African star Lungi Ngidi associated with the CSK camp. Ngidi is also in Quarantine due to arriving in India late.

Delhi’s trouble will be in death overs

The absence of Nortje and Rabada will be a big problem for Delhi’s concern in the match against Chennai today. Actually, due to the presence of these two players, DC did not have bowling tension in the Death Overs. The same situation will also happen with spin all-rounder Axar Patel not playing in the middle order. On the other hand, there is not much difference in the Chennai team due to the absence of Lungi Ngidi.

Whom to open, the big question in front of CSK

As far as the rest of the teams are concerned. So finding the right opening option in front of Chennai will be a big agenda. The young Rituraj Gaikwad is certain to play in this position as he did well in the last 3 matches of the previous season. But, their partners become du Plessis, whether it is left-handed Moin Ali or Robin Uthappa, it is up to Dhoni to take the decision. Raina’s arrival has strengthened the team. Apart from this, Narayan Jagadishan will also be seen strengthening the middle order. 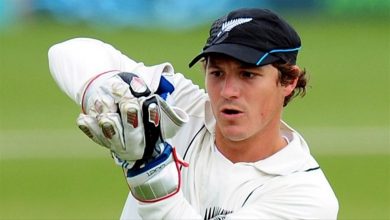