IPL 2022, CSK: This season has been the worst for Chennai Super Kings, one of the most successful teams in the history of IPL. Dhoni’s team has won only 4 matches in this season. CSK have also been out of the playoff race due to poor performance.

Chennai also had to face defeat in the match played against Gujarat Titans on Sunday. After this defeat, a shameful record has been registered in the name of the team.

Also Read:- LSG vs RR: Jason Holder Stuns In The Gathering by Singing A Hindi Song

CSK made this shameful record in IPL history :-

When the team has lost 9 matches in a single season. The team of Chennai has been a part of IPL since 2008, but the team had never had such a bad situation in a season.

Recorded this record after losing the match with Gujarat Titans :-

The team of CSK, who came out to bat against Gujarat Titans, scored 133 runs losing 5 wickets in 20 overs. In reply, Gujarat Titans scored 137 runs for the loss of 3 wickets in 19.1 overs and won the match by 7 wickets.

This was the second clash between the two teams in this season. In the match played earlier also, CSK had to face defeat. At the same time, Gujarat has secured a place in the top 2 in the points table by defeating Chennai.

Most dominating teams in IPL have bad condition this season :-

Chennai Super Kings have so far won 4 matches out of 13 matches in this season and lost 9. In the points table of IPL 2022, CSK’s team is at 9th place.

Mumbai Indians, the team that won the title the most times in the IPL, have also lost 9 matches in 12 matches so far this season. MI are at the bottom of the points table this time. Mumbai Indians have 2 matches left in this season, while Chennai will now be seen playing in only one match.

IPL 2022, KL Rahul: Nothing comes easy in this competition and no point is easy 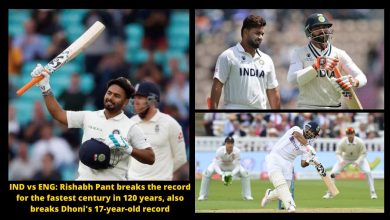