Rahul scored 79 runs in 58 balls against Royal Challengers Bangalore in the IPL 2022 Eliminator match. But he was dismissed by Josh Hazlewood in the 19th over, leaving Lucknow losing the tournament by 14 runs.

Also Read:- KL Rahul scored more than 600 runs in IPL 2022 and broke the record of Chris Gayle and David Warner

Rahul batted slowly till the end of the powerplay, till 99 runs needed from the last 7 overs. Then he started batting fast, followed by Rahul scoring 79 runs in 58 balls at a strike rate of 136; but it was not enough to take Lucknow to Qualifier 2. Questions have raised after Rahul’s slow innings.

RCB vs LSG: Some great shots played by Rahul against Josh Hazlewood :-

Manjrekar said, ‘KL Rahul himself has the ability to do this. You see that every time he has decided to play big shots, he has been able to do better. He played some great shots against Josh Hazlewood. But he had changed his approach, so that he wanted to bat longer instead of playing fast.

Manjrekar, “If I were his coach, I would have asked him to bat faster” :-

RCB vs LSG: Manjrekar said, ‘If I were his coach, I would have asked him to bat faster. Even if he is the captain because we have seen a lot of matches where teams will benefit a lot if KL Rahul bats fast instead of just long runs.

Manjrekar has further remarked that Rahul cannot handle the main batting charge in the team; especially when he is captaining in the IPL, something that a captain like MS Dhoni or Virat Kohli has done.

Also Read:- LSG vs RCB IPL 2022: Captain KL Rahul got angry on this mistake of his team, told why he lost to RCB

He said, ‘As a coach, I would try to tell them that I am not expecting you to win matches. You just go on the field and have fun batting. You will see that the results have started coming in.

IPL 2022: Virat Kohli praised this player fiercely on the victory of RCB 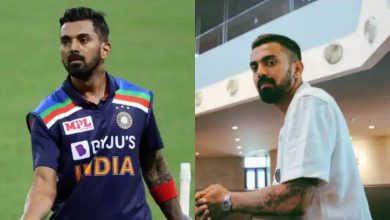