IPL 2022, GT vs RR: The first qualifier of IPL 2022 was played between Gujarat Titans and Rajasthan Royals on Tuesday. In this match played at Kolkata’s Eden Gardens ground, Gujarat Titans defeated Rajasthan Royals by 7 wickets. The hero of Gujarat’s victory was David Miller. He played a stormy innings of 68 runs in 38 balls. Miller hit 3 fours and 5 sixes.

David Miller was included in the camp of Rajasthan Royals in the 2020 and 2021 seasons :-

David Miller played for Rajasthan Royals in the 2020 and 2021 seasons. Although he did not get a chance to play in many matches. He mostly sat on the bench. Now after taking Gujarat to the final in this season of IPL, Miller has apologized to his old team. He has said sorry to Rajasthan Royals by tweeting

Winning his team by hitting three consecutive sixes, the match snatched from the mouth of the Royals :-

Talking about the match, Rajasthan Royals, batting first, scored 188 runs for the loss of 6 wickets in 20 overs. Gujarat achieved the target of 189 runs in 19.3 overs for the loss of 3 wickets.

David Miller came out to bat at number five. This strong batsman of South Africa did not spare any bowler from Rajasthan. He gave a spectacular victory to Gujarat by hitting three consecutive sixes in the famous Krishna over.

RR vs GT: After defeating Rajasthan, Miller apologized on Twitter :-

Miller apologized on Twitter after defeating Rajasthan. He wrote Sorry Royals Family. This tweet of David Miller also became increasingly viral. David Miller bought by Gujarat Titans for Rs 3 crore. Gujarat has played an important role in the success of this season.

Also Read:- RR vs GT Qualifier 1: Sanju Samson Said on the Defeat – It was Easier to Bat in The Second Innings

After the match, Miller said that frequent opportunities with the Titans have helped him put up a strong performance this season. He said that I think the opportunity, first of all (what is badla?) I have given a role, I felt extremely supported from the very beginning. I am enjoying my role, I have been playing for many years. 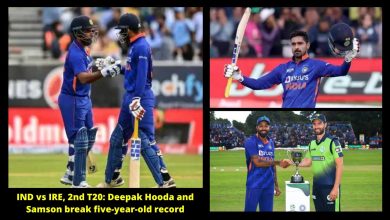 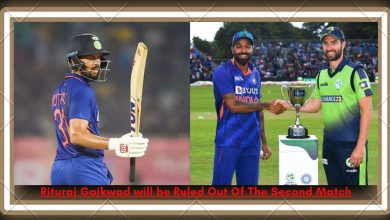