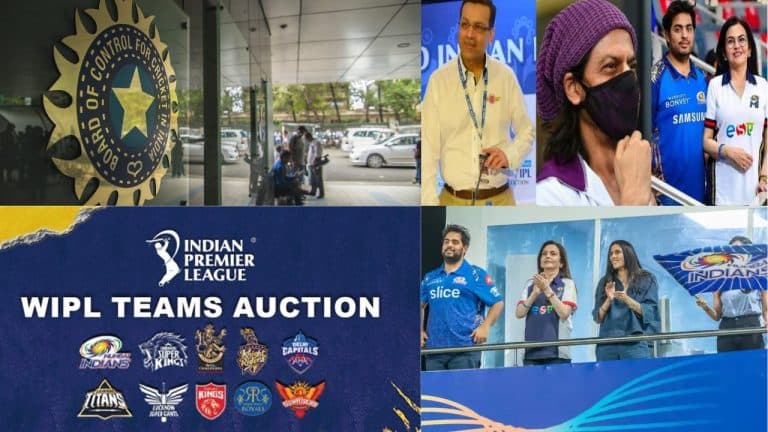 WIPL Teams Auction: BCCI has completed all its preparations for the Women’s Indian Premier League. Whereas today on January 23.

The technical bid will be submitted to buy WIPL teams. In this bid, owners of men’s IPL teams, Ambanis, Adanis, Glazer family, and 30 other companies would have submitted technical bids to BCCI at around 10 am today.

The board will evaluate the technical bids on Tuesday

To buy WIPL teams, all companies will submit technical bids from 10 am today January 23 and the board will evaluate the technical bids on Tuesday. About 30 companies have taken tenders. At the same time, BCCI is going to get a huge benefit in the auction of WIPL teams.

Announce the owner of WIPL on Jan 25

With 10 IPL teams, Haldiram, Infosys, Shriram Group, and Manchester United are keen to own WIPL teams.

BCCI had imposed a clause of around 1000 crores for WIPL. There is no base price for the bid for WIPL. And WIPL media rights were given to Viacom-18 for 951 crores for a period of five years. Apart from this, BCCI will announce the owner of WIPL on 25 January.

WIPL may start on March 5

At the same time, the BCCI has kept WIPL as a window in 2023 this year. However, the BCCA has not made any official announcement regarding the commencement of WIPL. But it is expected that WIPL may start from March 5 and end the season by March 23 of the same month.