Alex Hales is being punished for something which happened 3 years ago, it’s really unfair: Shane Bond

England opener Alex Hales, who was withdrawn from England’s 2019 World Cup squad for testing positive for recreational drug use, is being “punished way too much” according to former New Zealand pacer Shane Bond.

Alex Hales has not played an international match for England for almost two years. He suffered a 21-day ban for the drug case and was also excluded from England’s squad for the 2019 World Cup.

Sydney Thunder coach Shane Bond has lambasted the England and Wales Cricket Board (ECB) over their treatment of Alex Hales.

Bond believes the opening batsman is being punished “way too much” for failing tests for recreational drugs in 2019.

“He’s been a great servant to England cricket and is too good a player not for someone to just have the courtesy of letting him know what he needs to do. What’s been happening is really unfair,” Shane Bond concluded.

Australia Couldn't take off their eyes From World Test Championship 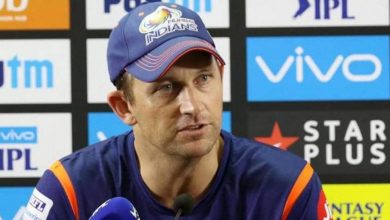 Shane Bond is not available in Sydney Thunder coaching