After winning the IPL 2022 title by Gujrat Titans, Infographics revealed how they won the final match. Below are the very important stats that clear all the facts. Hardik Pandya-led Gujarat Titans thumped Rajasthan Royals by 7 wickets to lift their maiden IPL title in their inaugural IPL summit at the Narendra Modi Stadium here on Sunday. RR skipper Sanju Samson won the toss and invited GT to bowl first in the final of IPL 2022. This was Rajasthan’s second final of the tournament, with the team winning the first one in the inaugural edition in 2008. They failed to end their 14-year-long drought.

Batting first, Rajasthan Royals were restricted to a total of 130/9, with the skipper Pandya scalping three crucial wickets, registering figures 4-0-17-3. Meanwhile, Ravisrinivasan Sai Kishore bagged two wickets, and Rashid Khan, Mohammad Shami, and Yash Dayal shared a wicket each in the mega finale. For the ‘Men In Pink’, Jos Buttler’s 35-ball 39 was the highest. For Gujarat Titans, Shubman Gill 45* (43), Hardik Pandya 34 (30), and David Miller 32 (19) were the star performers with the bat. The Titans despite a tough start, managed to finish off the game in style, chasing the set total in 18.1 overs.

Here we present to you some of the biggest moments in the game so far, interesting facts, IPL winners by season, and more.

The Rise of Gujarat Titans – Reasons for success In their inaugural season in the Indian Premier League (IPL), the Gujarat Titans (GT) have far outshone expectations. The cricketing world, post the mega auction predicted GT to be having one of the weakest teams, however, it has been proved wrong. With Hardik Pandya’s announcement as captain, people thought that the team lacked a strong captain and seemed it did not post a major threat. However, the perception kept changing match-on-match, with Gujarat making their way into the finals, and eventually winning it.

Here are a few reasons why Gujarat Titans were successful:

The Mix of Everything!

The Titans’ success stems from the fact that it features a diverse collection of players, each of whom has their own style of getting it up for their squad. To decide their destiny, the franchise didn’t rely on a few big star players. Shubman Gill, Rashid Khan, Hardik Pandya, and others were among the three major prospects during the auction, but David Miller, who went unsold in the first round and was eventually picked, became their best performer. Abhinav Manohar, the crucial game-winning batsman, Rahul Tewatia, Yash Dayal, Alizarri Joseph, and others have become heroes for their team by driving them to win.

One of the Titans’ most important players this season has been Rahul Tewatia. He led the squad to victory from near-impossible conditions by playing a couple of tremendous knocks. David Miller and Rashid Khan with the bat had displayed power-hitting in the final overs to pull off some incredible victories, and are the other notable finishers for GT, including Shubman Gill in the finale clash, who kept his cool.

In their inaugural IPL season, the GT bowlers showed off some of the most remarkable performances. It was all guns from Mohammed Shami’s pace to Rashid Khan’s spin to Jospeh doing the magic with the ball. In the final encounter against the Rajasthan Royals, skipper Hardik Pandya, scalped 3 wickets, taking his total 8, while Lockie Ferguson, who bowled the fastest delivery of IPL 2022 in the finale, bagged 12 wickets in 13 matches.

The 15th edition of the Indian Premier League (IPL) has turned out to be one of the most fun and exciting tournament so far with the addition of two new teams – The Gujarat Titans and Lucknow Super Giants. However, this year, the league recorded the highest number of sixes ever in the history of IPL, surpassing 1000, with Rajasthan Royals topping the list, followed by Kolkata Knight Riders, Kings XI Punjab, Delhi Capitals, Chennai Super Kings, Lucknow Super Giants, Mumbai Indians, Sunrisers Hyderabad, Royal Challengers Bangalore, and Gujarat Titans.

Interestingly, the Titans who topped the points table registered the lowest sixes compared to other teams. Meanwhile, Rajasthan Royals batsman Jos Buttler, the man with the Orange cap secured the top spot with 45 maximums, followed by Liam Livingstone – 34 (PKBS), Andre Russell – 32 (KKR), and KL Rahul – 30 (LSG). The Royal Challengers Bangalore created an unwanted record by conceding the maximum number of sixes in an IPL season at 147, with Mohammad Siraj giving away 31. 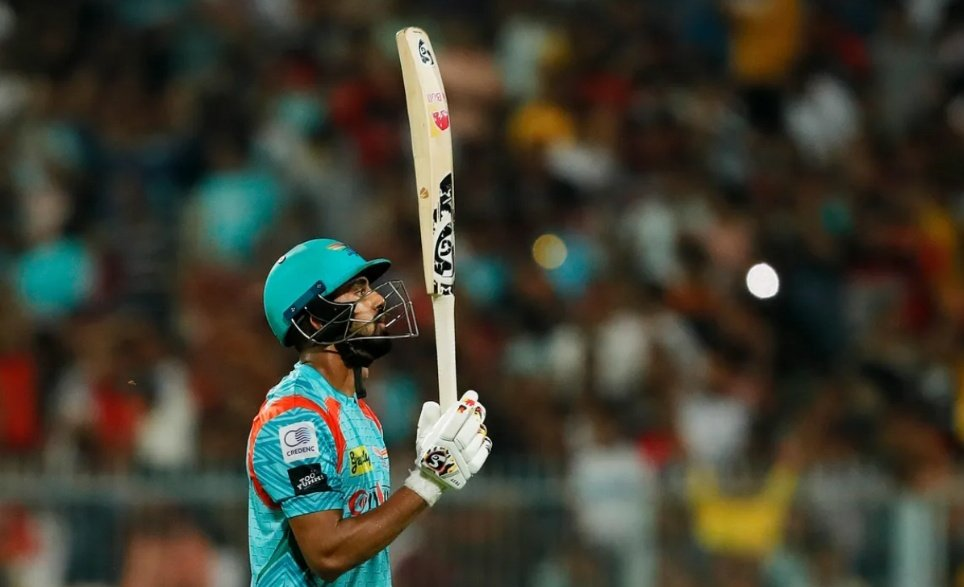 Lucknow Super Giants (LSG) skipper KL Rahul adds another feature to his already existing record cap by becoming the first player to score the most number of centuries against the same opposition in the Indian Premier League. The magical Rahul scored three brilliant centuries against the Mumbai Indians. The first-ever was scored three years ago at the Wankhede Stadium. This year, KL registered his second and third centuries, one on the 16th of April, 2022 (60-ball 103) at Brabourne Stadium, and the other on April 24th (62-ball 103) at Wankhede Stadium.

This apart, KL Rahul, joined the elite list of batters to have scored multiple centuries in a single IPL season. He has also equaled Rohit Sharma’s record of scoring the most number of centuries in T20 cricket by an Indian cricketer. 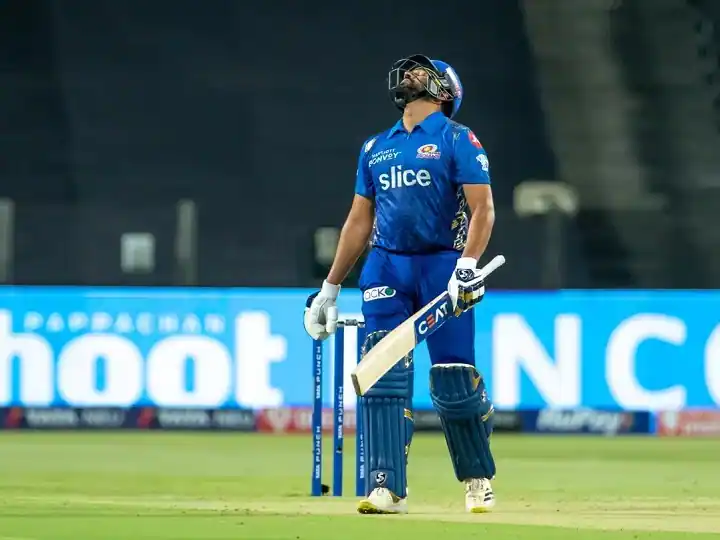 Mumbai Indians’ skipper Rohit Sharma has recorded his worst-ever batting record in the 15th edition of the Indian Premier League. Interestingly, Rohit, for the first time ever failed to score a half-century since his debut, the inaugural edition of IPL in 2008. 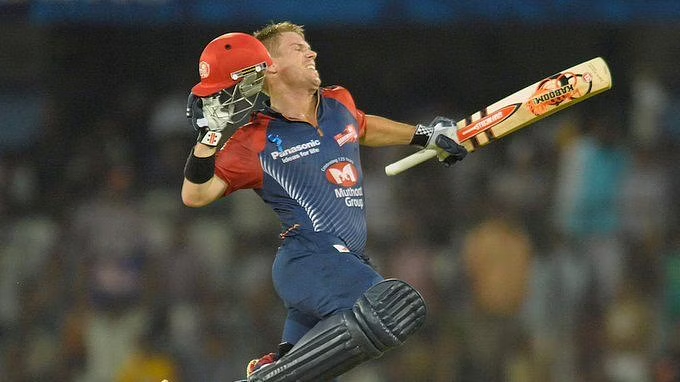 Delhi Capitals batsman David Warner has created a unique record to become the first-ever batsman to score 1000 runs against two franchises in IPL’s history. Warner, who bagged the Orange Cap thrice, and became the faster player to score 5000 runs in IPL, achieved the feat of scoring 1000+ runs against two franchises – Punjab Kings (formerly, Kings XI Punjab) and Kolkata Knight Riders. Interestingly, Warner also holds the record for being the first batter to score 1000+ runs against PBKS Royal Challengers Bangalore (RCB) batsman Rajat Patidar broke multiple records and reached notable milestones in the IPL eliminator match against Lucknow Supergiants at the Eden Gardens, Kolkata. Rajat slammed 54-ball 112 to become the first uncapped player to score a hundred in the IPL playoffs. This apart, he now also holds the record for the join-fastest ton scored by any player in the playoffs.

Rajat took just 49 balls to achieve this feat, with Wriddhiman Saha being the first to do so. Saha scored 115 runs off 55 balls in the 2014 IPL for Kings XI Punjab.

With Gujarat Titans’ Hardik Pandya winning their first IPL title in their maiden IPL encounter at the Narendra Modi Stadium, the IPL 2022 has come to an end. IPL 2023 will, however, be hosted at home i.e. India. While the 16th season is expected to begin in March, with ten teams battling for the championship, the dates have yet to be announced. Watch out for this space for more details.

S. Praneeth Simon is a content marketer, journalist, and enthusiastic blogger who writes articles on marketing, sports, technology, business, travel, and more. He completed his Masters in Mass Communication and Journalism from St. Joseph’s College and spends much of his time exploring places and meeting new people. 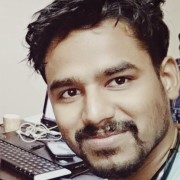 Santosh Devnath is a long-time cricket analyzer and has very deep knowledge about cricket. 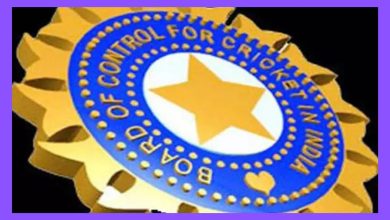 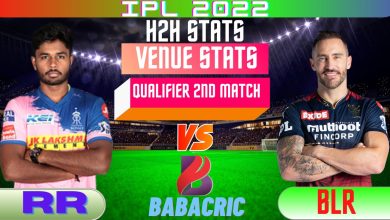 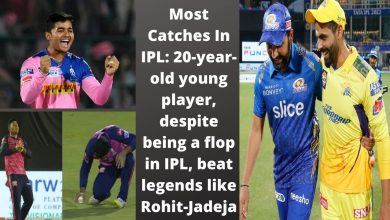 Most Catches In IPL: 20-year-old young player, despite being a flop in IPL, beat legends like Rohit-Jadeja 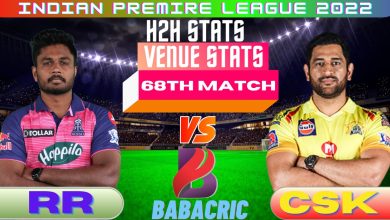