Pant is ranked 7th and is joined by his country mates Rohit Sharma and New Zealand’s Henry Nicholls, who are in the same place

Rishabh Pant scored a century on a very difficult pitch in Ahmedabad in the fourth Test which helped India to make it to the finals of the World Test Championship.

Ravichandran Ashwin, who was adjudged Man of the Series in his recent Test series, showed his all-round performance and took 32 wickets, and scored 189 runs, including a century in the second Test against England.

After the Test series, Ravichandran Ashwin is now the second position with 850 ratings in the ICC test bowling rankings and as well as in the 4th positions in ICC all-rounder ranking 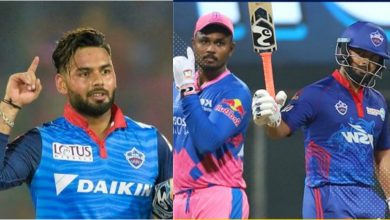