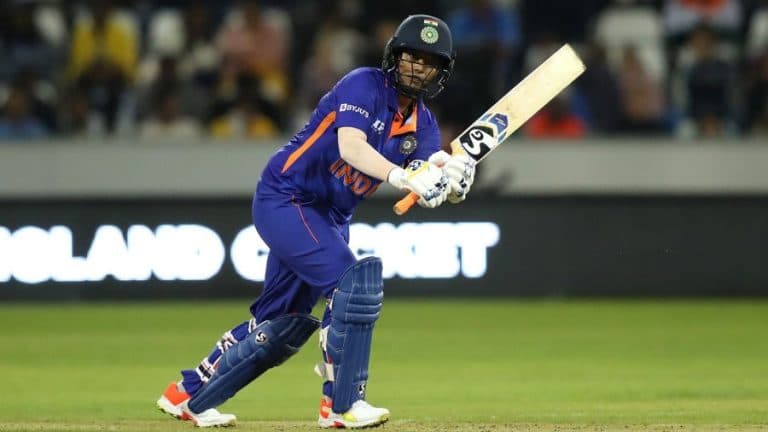 Captain Harmanpreet Kaur believes the team “forcibly played” in damp conditions in the first T20 International against England at Chester-le-Street where the match was delayed due to rain.

India was asked to bat and struggled to put up a big total as the England spinners kept them at 132 for 7. The outfield was dull and a bit slippery due to the wetness, but the pitch was also not conducive to strokeplay. He found it difficult to run to the boundary while fielding as India chased down the target, dropped catches, and miscalculated the balls.

Harmanpreet said after the match, ‘I think in the end we were not able to score as many runs as we were expecting. “I think today we played forcefully because there were no 100% conditions to play cricket.

Glenn and Smith took five of India’s seven wickets. Mandhana T20I debutant Lauren Bell was happy to use the extra momentum to score three of her four fours. But the increase in speed meant that the ball remained on the surface and fell down several times. Harmanpreet’s dismissal case

She managed to get out of the block very quickly, but when she tried to come down the track to hit through the line of delivery, Glenn landed on a length, it was short to hit the stumps. Stayed. Harmanpreet could only see the surface and her partner before walking.

Harmanpreet said, ‘I know there were no 100 percent conditions to play cricket and still we were trying. She was our main bowler and that’s why we were lacking.”

“We were a low bowler and the way we were trying to try meant a lot,” he said. “I am really happy that girls are coming forward to give 100%.”