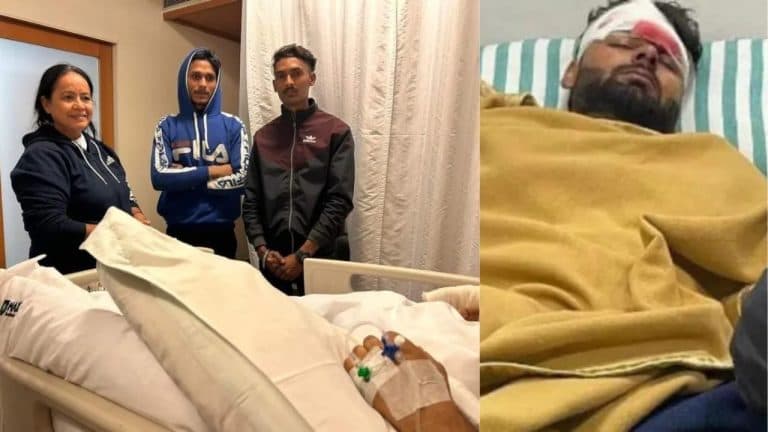 Rishabh Pant Health: The condition of cricketer Rishabh Pant, who was injured during the car accident, is now improving. And he is currently present at Kokilaben Hospital in Mumbai. Where his treatment continues. Pant’s knee surgery was done recently. And now his knee has also started moving. At the same time, the mother Saroj Pant, and sister Sakshi, who came from London, are present in the hospital along with Pant.

After mobilization, doctors will start the rehabilitation process of Rishabh

According to media reports recently, BCCI officials said that after mobilization, doctors will start the rehabilitation process of Rishabh. Pant will also start walking with the help of a walker and after that, he will walk without any help. He will have to undergo a rehabilitation program for a long time.

Rishabh Pant has a huge number of fans around the world

The number of fans of Rishabh Pant is very high all over the world. That’s why his fans hope that the players will recover soon and return to the field. But now Rishabh is out of the upcoming IPL 2023 also as it may take around 7-8 months for him to return to the field.

Both ligament injuries are a cause of concern for a wicketkeeper

According to the media report, the BCCI official also said, “For a wicketkeeper, injury to both the ligaments is a cause of concern. The ACL connects the thigh bone by passing through the middle of the knee. This helps to stabilize the knee. This type of injury occurred due to tremendous pressure during the accident. He will take time to fully recover and it will also depend on his pain tolerance