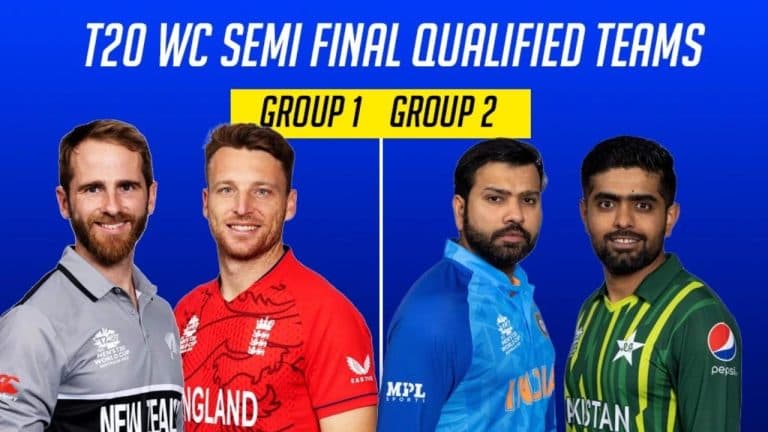 T20 World Cup 2022: On the last day of the Super 12 round, there was such an upset that the lottery of the Pakistani team, which had almost packed its bags, came out. In the first match of the day, the Netherlands knocked out the World Cup contenders South Africa by 13 runs. After this defeat of Proteas, the Pakistan team reached the semi-finals by defeating Bangladesh. At the same time, Team India reached the last-4 even before the match against Zimbabwe. With this, the 4 semifinalist teams have now been decided.

From Group 1 on Saturday, New Zealand topped and England defeated Sri Lanka to make it to the semi-finals after finishing second. On Sunday, India and Pakistan reached the semi-finals from Group 2. If the Indian team beats Zimbabwe then it will be on top, else Pakistani team will finish on top because its net run rate is better than India’s. Talking about the semi-final matches, the first match will be between the topper of Group 1 and the second-ranked team of Group 2. The second semi-final will be played by the topper of Group 2 and the second-placed team of Group 1.

Team India has made it to the semi-finals of the T20 World Cup for the fourth time. At the same time, Pakistan has reached the semi-finals for the sixth time by defeating Bangladesh. In such a situation, if Pakistan and India win their semi-final match, then on November 13, once again the high-voltage match can be seen at the Melbourne Cricket Ground. In their first match of the tournament, India defeated Pakistan by 4 wickets. If this happens, it will be exactly like the T20 World Cup 2007 when both the teams will clash in the final after the group stage.