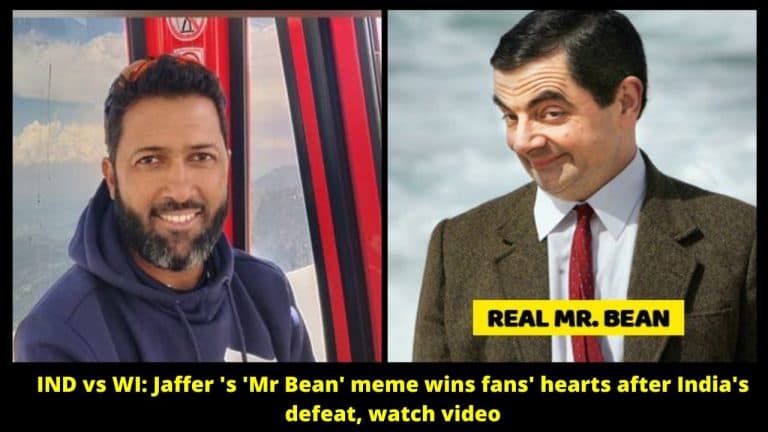 IND vs WI, 2nd T20: The India vs West Indies second T20 International match started two hours late from its time. According to Indian time, it was to be played from 8 pm, but due to Team India’s luggage not reaching on time, it started at 10 pm and ended at around 2:30 pm.

Team India had to face defeat in the last over in this match. After this defeat, Wasim Jaffer shared a meme of Mr Bean, which went viral and every fan can relate to this meme.

The Indian team was reduced to 138 runs in 19.4 overs. After this West Indies won the match by scoring 141 runs for the loss of five wickets in 19.2 overs. Hardik Pandya scored the most runs for India. He scored the same number of runs in 31 balls.

Apart from this, Rishabh Pant scored 24 runs in 12 balls, while Dinesh Karthik was dismissed after scoring seven runs off 13 balls. Captain Rohit Sharma himself became the victim of a golden duck. Obed McCoy took six wickets for West Indies.