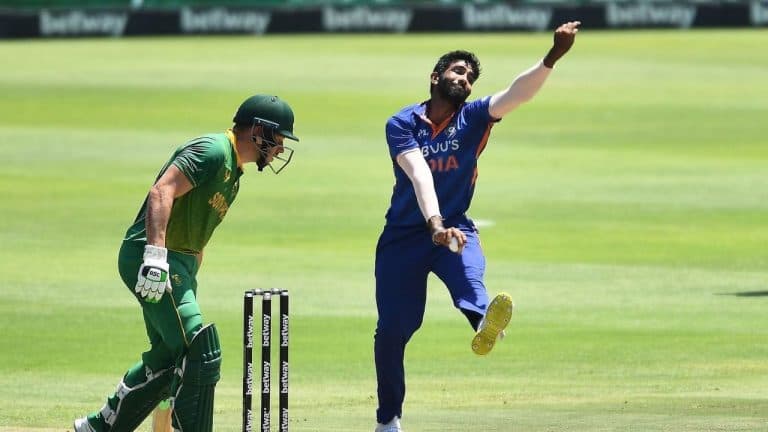 Indian cricket team captain Rohit Sharma has revealed that Jasprit Bumrah has pulled out of the ODI series against Sri Lanka as he has not played his part in the last two days. Complained of stiffness in the back.

Rohit Sharma assured that Jasprit Bumrah’s injury is not serious. The Indian captain explained that no risk is being taken for Bumrah’s recovery from injury.

Rohit Sharma said that the premier fast bowler was injured recently and due to this he could not participate in the T20 World Cup. Please tell that Jasprit Bumrah was not included earlier for the three-match ODI series against Sri Lanka. Then they were added. However, on Monday, the BCCI issued a release saying that the fast bowler has been ruled out of the series keeping in mind the safety standards.

The first ODI between India and Sri Lanka will be played in Guwahati on Tuesday. Rohit Sharma, while clarifying about Jasprit Bumrah’s injury in the press conference on the eve of the match, said, ‘A very unfortunate incident happened to him. He worked hard in NCA. When he was about to make a comeback, his fitness was complete. He started bowling. For the last two days he felt stiffness in the back. It is not serious and when Bumrah says something we have to worry about him and we did that.

The Indian captain further said, “I think keeping him out was an important decision for us because when we included his name, he was in the process of taking charge.” He was bowling in the nets. We need to be very careful with them. He has suffered a serious injury before the World Cup, so we need to be careful. Please tell that Jasprit Bumrah played his last match for the Indian team against Australia in September 2022.