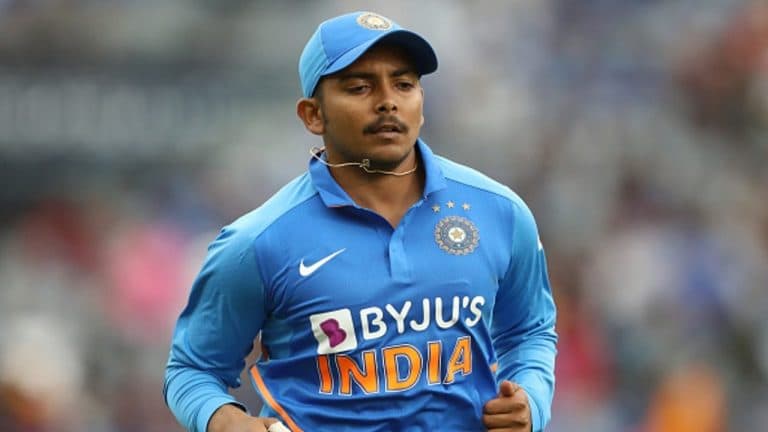 India’s star young batsman Prithvi Shaw has returned to Team India. The BCCI on Friday announced the Indian team for the T20 and ODI series against New Zealand and the first two Tests against Australia. Prithvi has been given a chance in the team for the T20 series against New Zealand. At the same time, Suryakumar Yadav and Ishaan Kishan got a place in the Test squad for the first time.

Prithvi is returning to the Indian team after 537 days. Earlier he played T20 for India against Sri Lanka on 25 July 2021. Then this was India’s first T20 match on Sri Lanka tour. After this match, Prithvi was dropped from the squad for the next two T20 matches of the series. After this now are selected. Many times his posts on social media became quite viral when his name did not come when the team was selected for different series. However, now the board has finally given him a chance. Shaw has been the captain of Team India which won the 2018 Under-19 World Cup.

Talking about international cricket, Prithvi has played five Tests for India and scored 339 runs at an average of 42.37. This includes one century and two half-centuries. Prithvi Shaw holds the record for scoring a century on Test debut. He scored a century against the West Indies at the Saurashtra Cricket Association Stadium. He is the second youngest player (18 years 329 days) to score a century in Tests for India. Sachin Tendulkar is on top from India in this matter. Sachin scored a century in Test against England at the age of 17 years 107 days.