Hardik Pandya was born on 11 October 1993. He is an Indian International Cricketer who plays for Baroda in domestic cricket and Mumbai Indians in the Indian Premier League (IPL).

Family – His father, Himanshu Pandya ran a small car finance business in Surat which he shut down and shifted to Vadodara when Hardik was five years.

His father died of cardiac arrest on 16 January 2021. His mother’s name is Nalini Pandya. The Pandya family lived in a rented apartment in Gorwa and financially condition weak.

He became the fourth Indian to be named player of the match on his ODI debut after Sandeep Patil, Mohit Sharma, and K.L.Rahul. He also scored his maiden Test century and set the record for becoming the first Indian batsman to score a Test century just before lunch.

He also set the record for scoring the most runs in a single over of a Test innings for India, scoring 26 runs but this century was his first century in international cricket. In April 2019, he was named to India’s squad for the 2019 Cricket World Cup and on 27 January 2019, in the match against the West Indies. Pandya played in the 50th ODI match.

Pandya got engaged to an Indian-based Serbian dancer and actress Natasha Stankovic on 1 January 2020. On 30 July, their first child, Agastya Pandya, was born. He loves Travelling, listing to music. His caste Brahmin.

Shafali Verma becomes the no.1 batter in the ICC Women T20I batting rankings 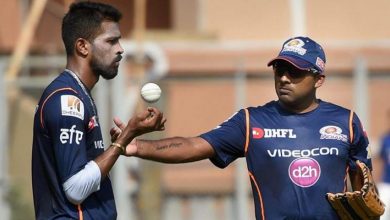