Former Indian wicketkeeper-batsman Ajay Ratra has been appointed as the assistant coach of the team Delhi Capitals. He will work with head coach Ricky Ponting

Delhi Capitals were runners-up after losing to Mumbai Indians in the final of last season. IPL 2021 will start on April 9.

He has also served as the fielding and wicketkeeping coach of the Indian women’s team. However, he is associated with a team for the first time in the IPL franchise.

It is a great team to work in which has a lot of talent. I want to join the team and contribute to its success. I am thankful to the Delhi Capitals management for giving me this great opportunity.- Ajay Ratra said

His experience as a player and coach will be very important as we want to strengthen the franchise. We are making him very happy and wish him all the best for the upcoming season. – Delhi Capitals management said

Ajay Ratra was played by the Haryana team. He was a member of the team that won the Under 19 World Cup in the year 2000. He made his debut for the Indian team from the series against England in 2002.

In 2002 that he scored a Test century on the West Indies tour. He did this feat at the age of 20 years and he became the youngest wicket-keeper to score a Test century.

This record is still in his name. At the same time, he was the second wicket-keeper batsman to score a century abroad. However, he has dropped out of Team India due to not doing well for the country consistently.

Jofra Archer has gone surgery on his right hand 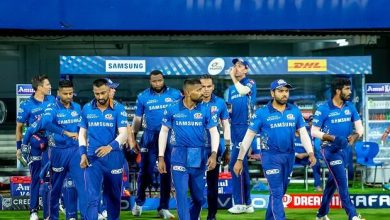