Many young stars made their mark in IPL 2022 and showed how bright the future of Indian cricket is. Many of these players were also those who learned cricket in difficult conditions and after struggling they got a chance to play in the IPL.

These players not only made their name through IPL but also made their home out of poverty. Here we are telling about such brave young players.

Also Read:- Sourav Ganguly ‘s tweet created a sensation, said- I will work for the betterment of the people in future

Kuldeep Sen, who made headlines by saving 15 runs in the last over for Rajasthan, has now made his mark at the national level. After doing wonders for Madhya Pradesh, now Kuldeep has spread his fire in the IPL and his next target is to make a place in the Indian team. However, the journey till here has been full of difficulties for Kuldeep Sen of Rewa.

Kuldeep was born in a small village in Rewa district of Madhya Pradesh. His father works as a hair cutter. The eldest son of the house, Kuldeep started playing cricket at the age of just eight.

At first he wanted to make his career as a batsman, but later he started fast bowling at the behest of the coach. The academy where Kuldeep learned cricket also waived off his fees so that he could fulfill his dream.

In the year 2018, Kuldeep played his first first-class match. He became a part of the Ranji team of Madhya Pradesh. Later he also played T20 match for the same team. In his first Ranji season, he took 25 wickets, including five in an innings against Punjab. Despite this, his stellar performance continues.

Tilak Verma has done wonders for Mumbai Indians in his very first IPL season. Being a cricketer was not easy for Tilak, who sold for 1.7 crores in the mega auction. Tilak never had money to even eat.

He used to play cricket in the streets of Chandrayangutta, Hyderabad. At the age of nine, the style of standing with the bat, the way of playing the cut and pull shot was tremendous. The father was an electrician and was not being able to meet his son’s needs.

Tilak’s coach went ahead and supported Tilak Verma. In difficult times, Salaam Bayash kept him in his house. Tilak’s father Namburi Nagaraju did not have the money to send his son to the cricket academy. In such a situation, the coach bought cricket equipment for him. He took care of most of the expenses at Legala Cricket Academy.

Tilak’s father had stopped getting work in the Corona epidemic. The upbringing of the four family members became difficult. In such a situation, Tilak would have been forced to leave cricket, but coach Salaam Bayash supported him and now Tilak has done wonders in the IPL.

Rinku Singh, who played an amazing innings in the last match of Kolkata Knight Riders in IPL 2022, has been a part of IPL for a long time. However, he got recognition through a stormy innings against Lucknow.

He could not get his team to win, but won the hearts of everyone with his innings. It was not easy for Rinku to play IPL. Rinku’s father, a resident of Aligarh, Uttar Pradesh, is a gas vendor.

One of five sons, Rinku was fond of cricket since his school days and used to play cricket with friends in his spare time. The financial condition of the house was not good and Rinku’s brother got her a job of mopping in the coaching centre.

Rinku could not do it and decided to concentrate on cricket. Rinku first did wonders in domestic cricket, then got selected in Kolkata’s team and is now doing wonders in IPL.

Becoming a cricketer was not easy for Kumar Karthikeya, who did wonders for Mumbai Indians in IPL 2022. Kartikeya left his house in 2013. He had decided that he would return home only after becoming something. After leaving home, he worked as a laborer to meet his daily needs, but did not give up his dream of becoming a cricketer.

In the end, he got a chance to join Mumbai Indians as a replacement. He got a chance to play in the last few matches of the season and he impressed a lot. Now Kartikeya can do wonders for Mumbai in the next season.

IPL 2022: Abhinav Manohar did an amazing job for Gujarat Titans in the first match itself. He had led his team to victory by scoring 15 runs in seven balls in difficult times. Though he was dropped from the team later, Manohar has left his mark.

He was bought by Gujarat in IPL Mega Auction for 2.60 crores. It was not easy for Abhinav to become a cricketer too. His father ran a shoe shop and his father’s friends ran a clothes shop. From here Abhinav reached the cricket field and his life changed.

Sourav Ganguly 's tweet created a sensation, said- I will work for the betterment of the people in future 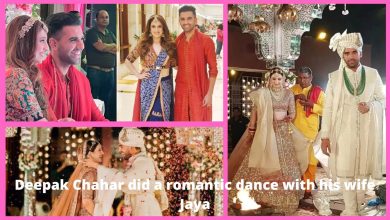 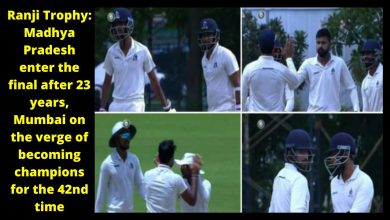 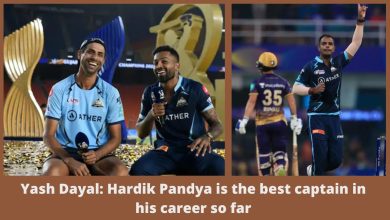 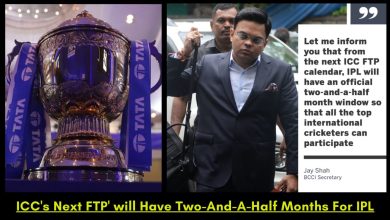