Bangladesh has dropped batsmen Mushfiqur Rahim and Liton Das for the T20 series against Australia next month after leaving the team’s coronavirus bubble, a top official said on Tuesday.

Bangladesh Cricket Board chief executive Nizam Uddin Chowdhury said Mushfiqur and Liton had recently left the tour of Zimbabwe due to family emergencies. And They were isolated before joining the team. “Our agreed protocol with Australia is that a player must be in a bio-secure zone for at least 10 days before the series,” Chowdhury told AFP. Australia is expected to reach Bangladesh on Wednesday for the five-match series starting on August 3.

“Liton left the bio-secure zone in Zimbabwe on Monday. If he had returned with the team, he would have been available for selection. Since he left the team early and mixed with the community, he cannot be considered for the series,” Chowdhury said.

Wicketkeeper-batsman Mushfiqur returned from Bangladesh’s tour of Zimbabwe on July 14. To be eligible for the series, he needed to be in the bubble from July 20.

The same applies to Mushfiqur. We spoke to the Australian team to reduce the period to eight days to include Mushfiqur. But their medical team did not agree, he added.

Both teams and match officials are staying at the hotel. The hotel was closed on July 20. Ahead of the games at Dhaka’s Sher-e-Bangla National Stadium on August 3, 4, 6, 7, and 9. 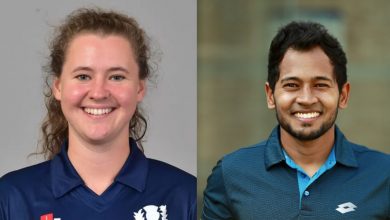 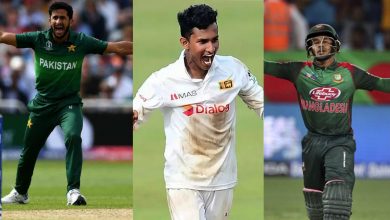 ICC announced Player of the month nomination for May 2021